Today, Alan Brown, SNP MP for Kilmarnock and Loudoun, highlighted the ‘frozen’ pension injustice during the debate on the State Pension Triple Lock.

He also urged the Government to engage with the Canadian Government’s recent request to enter into negotiations to create a reciprocal social security agreement which would end the frozen pensions policy for the 125,000 British pensioners who reside there. 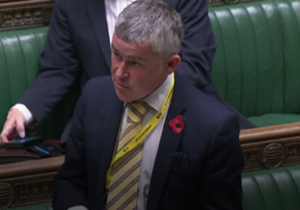