Today, the APPG on Frozen British Pensions met with a delegation of Canadian MPs and Senators visiting as part of the Canada-UK Inter-Parliamentary Association to discuss the UK Government’s frozen pensions policy.

The meeting was hosted by the UK’s Commonwealth Parliamentary Association, Chaired by Sir Roger Gale MP and attended by Sir Peter Bottomley MP; Lord Foulkes of Cumnock; Alan Brown MP; Margaret Ferrier MP and Lord Randall of Uxbridge from the UK side on behalf of the APPG.

Many thanks to the Commonwealth Parliamentary Association UK (CPA UK) for providing the platform for such an informative and constructive discussion. 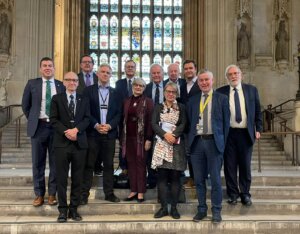