Today, the APPG on Frozen British Pensions held a roundtable discussion between UK parliamentarians, frozen pensioners and senior representatives from the High Commissions of Canada, Australia, and New Zealand.

The event was chaired by Sir Roger Gale MP and was attended by Sir Peter Bottomley MP, Lord German and Peter Dowd MP, as well as John Duffy, Ian Andexser, Patrick Edwards and Sheila Telford of the International Consortium of British Pensioners. 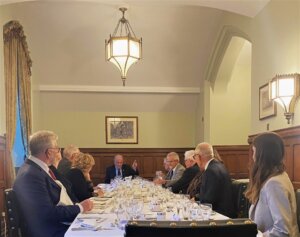