Today, Peter Dowd, Labour MP for Bootle, pressed the Foreign, Commonwealth and Development Office on the injustice of the UK Government’s frozen pensions policy and the recent suspension of the UK state pension which affected British pensioners in Canada.

The DWP’s International Pensions Centre regularly sends out requests for state pensioners overseas to submit ‘proof of life’ forms, often every two years. An administrative error by the Department for Work and Pensions meant these forms failed to be delivered to many UK pensioners living in Canada. Subsequently, in June, pensioners were notified of the sudden suspension of their UK state pension payments as they had not completed the undelivered form. When questioned on the matter, the DWP stated the forms were not delivered due to delays by the Canadian Postal Service, despite the pensioners receiving a later letter informing them of payment suspension. Affected pensioners are already recipients of frozen pensions and this error has caused increased financial hardship for many, with some pensioners being forced to go into arrears to pay their bills. 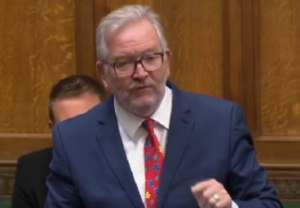