Seven SNP Members of Parliament took the opportunity of Business Questions on 17 March 2016 to challenge the government on frozen pensions and demand a debate on the Social Security Benefits Up-rating Regulations before they come into force.

Pete Wishart, Mhairi Black, Kirsten Oswald, Ian Blackford, Brendan O’Hara, George Kerevan and Alan Brown all asked Leader of the House of Commons, Chris Grayling, for a debate, before parliament rises for recess and the Uprating Regulations, which will freeze overseas pensions for another year, come into force.

For the Government, Chris Grayling dismissed the requests, saying that it had no intention of changing longstanding policy on this issue.

The Hansard (uncorrected) of the relevant questions is below:

Business of the House 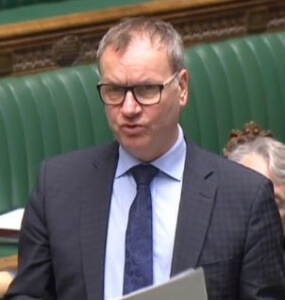 [Among other issues raised as SNP Shadow Leader of the House]

…..Regulations that deprive overseas pensioners of the uprating adjustment to the state pension have been forced through this House without any debate whatsoever. With 550,000 pensioners being affected by this adjustment—more than half a million—surely we must have some sort of debate, or a statement from the Government, about that intention in this regard. I hope that the Leader of the House will give some satisfaction on this matter……..

[No relevant answer in context of wider response]

Given that the recess is fast approaching, the uprating regulations that will deprive approximately 550,000 overseas pensioners will be enacted by the time we return to this House. Will the Government bring forward a debate to allow us to consider this properly?

This issue has been raised on many occasions over the years. When those pensioners moved, they were aware of the nature and structure of our pensions system. The issue has been considered by Governments of both persuasions, and it would cost many hundreds of millions of pounds to sort it out. I am afraid that the Government have no current plans to do so. 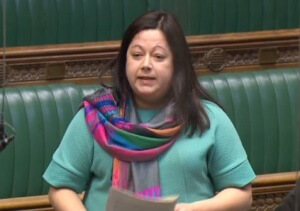 I have yet to hear a satisfactory response to questions I have asked on the Women Against State Pension Inequality campaign and the Connaught income fund, so it is no surprise that the Government are trying to force through uprating regulations that will have a devastating impact on fully paid-up UK pensioners living overseas. The Government cannot keep ignoring all these groups of people, who have done the right thing. Surely, we must have an urgent debate to allow that matter to be properly discussed.

There has just been a debate on the issue of women’s pensions. I think the hon. Lady does not accept that we do not agree with her. My view on the issue of women’s pensions is that it is a difficult one. Putting in place any transition is difficult, because somebody will always be affected by the changes. The reality is that, if we are to have an affordable and fair pension system, we have to put through some of those changes and sometimes not make changes, even though people may want them. 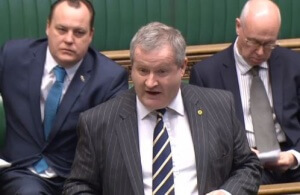 As of today, 78 Members of the House from seven parties, including the party of Government, have signed early-day motion 1235, which seeks to annul a statutory instrument to freeze pensions.

Regulations that deprive overseas pensioners of the uprating adjustment to their state pension have been forced through this House without a debate. Will the Government heed the cross-party initiative to annul the regulations, and hold a debate urgently to assess the devastating impact of these charges on UK pensioners living abroad? Perhaps this time the Leader of the House might just answer the question.

I have answered the question. I have been a Work and Pensions Minister, and I have previously looked at the issue. The Government have no intention of changing the current situation. The cost of doing so would be enormous, and the situation that pensioners face has been the situation for decades. 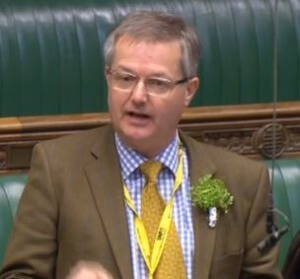 If no one has yet done so, Mr Speaker, may I, with a certain amount of Irish blood in me, wish you and the whole House a very happy St Patrick’s day?

It is absolutely unacceptable that this Government choose to do nothing, not even allow a debate, on the hugely important uprating regulations on state pensions that lead—as my hon. Friends have said—to half a million or more overseas pensioners having their pensions frozen. As the Leader of the House is well aware, that provision will come into force while the House is in recess. Given the clear depth of feeling on the Opposition Benches and across the House, surely that issue is worthy of an urgent debate.

That issue has been considered many times over the years and the Government’s position has not changed. 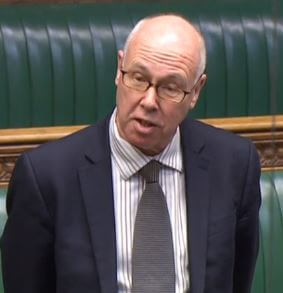 Given the well-known views of the Leader of the House on matters European, may I urge him to come to the aid of the hundreds of thousands of UK citizens living in the EU who face being deprived of their pension upgrade—a move that will not even be discussed in this House? Will he overcome the European democratic deficit and organise such a debate?

Unless I am mistaken, the issue of frozen pensions does not apply in the EU.

On that same theme, apart from the general unfairness, analysis

has shown that the issue of frozen pensions prevents some pensioners from emigrating, and forces others to return to this country. Reversing that twin migration effect would save money on healthcare, welfare and housing, which should appeal to the Leader of the House. I will try again: may we have a debate on this important matter?

I am not of the view that Government policy should be about getting our pensioners—whom we should value enormously for the contribution they have made—to move to other countries.