November 2016 Meeting of the APPG: Brexit, Overseas Territories and ICBP 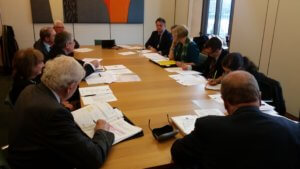 The APPG for Frozen British Pensions met on Tuesday the 15th of November at 11am in Portcullis House. The agenda included updates from the ICBP, the British Overseas Territories and on Parliamentary Activity.

The meeting was opened by Sir Roger Gale MP, Chair of the APPG, who thanked everyone for coming, particularly the invited guests from the ICBP and Overseas Territories.

Update from the International Consortium of British Pensioners

Guest speaker, John Markham, Chair of the International Consortium of British Pensioners, gave a brief introduction to the ICBP as a campaign group, and explained how the organisation was working hard to represent frozen pensioners globally, not just in Canada and Australia where the majority of their members (and frozen pensioners) currently reside.

Markham updated the APPG on the ICBP’s ongoing discussions with Sir Oliver Letwin MP, who had been instrumental in encouraging both the APPG and ICBP to work up proposals for partial uprating option while he was a Minister. Markham said that the Canadian Alliance of British Pensioners (CABP) had recently submitted research commissioned in response to the brief set by Letwin, following advice he received from the Office for Budget Responsibility (OBR), and that the ICBP delegation would have an opportunity to discuss this with Letwin later in the week. 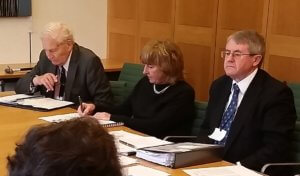 Nigel Nelson, another Director of the ICBP, presented a table of erosion figures, showing just how much frozen pensioners lost each year and over their retirement.

Nelson stressed that the issue of frozen pensions was also affecting citizens in British Overseas Territories such as Montserrat and the Falklands, and that there was a growing threat for British pensioners living in the EU, given the uncertainties of Brexit. Nelson reported that he was currently getting a lot of interest from the Spanish media, given the 108,000 British pensions in Spain. He recognised that the Votes for Life Bill was highly significant for the political salience of the frozen pensions issue and said that the ICBP would support it.

Tim Snowball, Public Affairs adviser to the ICBP, recognised that given the government’s consistent position was that they would only uprate State Pensions “where there was a legal obligation to do so”, there really was uncertainty about what would happen if the UK left the social security provisions of the single market during the Brexit process. He suggested that Brexit offered an important vehicle for raising the profile of the frozen pension issue, both in terms of new risk to EU resident pensioners, and opportunity for those currently frozen elsewhere. He identified the possible government decision to make a new bilateral social security deal with the EU (or individual EU countries) and future trade deals as key opportunities to seek wider resolution.

John Markham added that whatever the government did in the Brexit process, it would strength the case for unfreezing globally. If the government freezes EU resident pensioners, then it would create nearly 1 million angry voices to support the campaign. If it doesn’t, and negotiates a new social security agreement, those in other countries will be entitled to ask, “why not us too”? 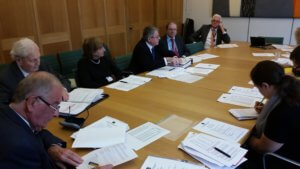 Ian Blackford MP, a Vice Chair of the APPG, regretted that there had been no significant developments in Parliament since the APPG led debate in May.

Blackford recognised the new opportunity of Brexit for the campaign, and suggested that both the APPG and ICBP make the new uncertainty around the implications of Brexit for EU resident British pensioners the focus of campaigning for the next few months.

Sir Roger Gale reported a high level of fear in the EU UK pensioner community on this issue and how some individual were already coming home to avoid the stressful situation of their pensions not being uprated.

Gale suggested that perhaps the APPG and/or the ICBP should talk again to Sir Oliver Letwin MP, who he remarked was still very interested in the issue of frozen pensions and probably would be the best source of advice on how to proceed next.

Geoffrey Clifton-Brown MP suggested that success with the Votes for Life Bill would be critical to breaking the log jam on the frozen pension issue as it would significantly expand the number of overseas voters. He said that the government was aiming to get 1 million further British residents to register to vote by 2020. Clifton Brown offered to write an article on frozen pensions for an overseas newspaper.

Lord German suggested that MPs and Peers should table oral and written questions in Parliament to keep the issue of frozen pensions current. He proposed that the APPG should play a coordinating role for this activity. 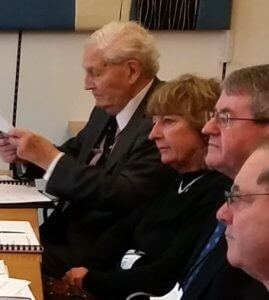 German also suggested that the APPG looks to engage with the relevant Lords EU Sub Committee.

Ian Blackford noted that the Annual Uprating Regulations would be tabled by the Government in March 2017 and that the APPG should seek to challenge this once again, despite the difficulties experienced last time.

Blackford proposed that Sir Roger might seek a Westminster Hall debate on frozen pensions in the New Year. He also undertook to speak with Richard Harrington about it at their next meeting.

Blackford also suggested that if one of the Select Committees could be encouraged to take evidence on the issue of frozen pensions, and pointed out that currently Hilary Benn MP chairs the Brexit Committee. Sir Roger undertook to talk to Hilary Benn about this issue.

Discussion with representatives of the British Overseas Territories 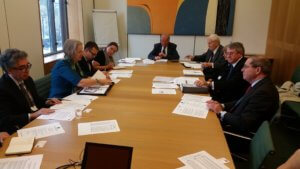 Sukey Cameron, the UK Representative of the Falkland Islands, expressed her frustration that the issue of frozen pensions had been going on for a long time without any attempt by the government to resolve it.

Cameron reported that the issue had been raised at the recent Joint Ministerial Council between the leaders of the British Overseas Territories and the UK Government, but that Richard Harrington MP’s contribution at the recent had been less than satisfactory.  She also noted that there had been an apparent Ministerial confusion as to whether Frozen Pensions in the OT context was a Foreign and Commonwealth or DWP issue and that this needed to be clarified in follow up. Finally, Cameron spoke about the situation of frozen pensioners in the Falkland Islands, which has led to the government there having to top up pensions themselves.

Dominique Searle, the UK Representative of Gibraltar, said that he was unsure how many British pensioners would be affected in Gibraltar if Brexit led to freezing across the EU, but said that he expected the number to be significant. He noted that when General Franco closed the border in 1969 Spanish people who had worked for British companies in Gibraltar were not able to access their pensions. He wondered if there would be a case for backdating claims should Britain ever re-join the EU.

John Markham announced that he would be stepping down as chair of the ICBP in the New Year and that he expected that Nigel Nelson would succeed him. He thanked all present for their support. The APPG recognised and thanked John for his many years of campaigning on the frozen pension issue.