Government avoids ruling out freezing pensions of EU-expats after Brexit 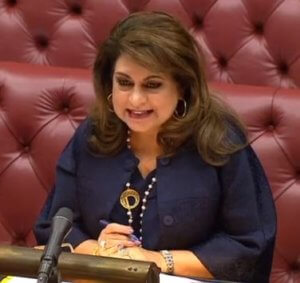 The Government has, once again, avoided APPG calls to rule out freezing pensions for EU-resident British expats after Brexit.

“I am not able to give the noble Baroness any more than I have already.”

All she had previously said in the debate was that freezing state pensions overseas:

“is a long-standing policy of successive Governments. This has been the case for almost 70 years and there are no plans to change the policy.” 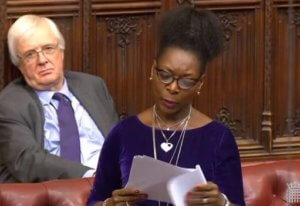 Speaking in a House of Lords debate on Thursday 16 March 2017, Baroness Benjamin had raised concerns within the British expat pensioner community in the EU, that the government has not provided more reassurance to them that they wont end up with a frozen pension.

In recent years the Government has stuck firmly to its position to uprate “only where we have a legal requirement to do so”. But for those living in the EEA, this legal requirement is currently derived from membership of the single market, which the UK is now due to leave.

“My understanding, therefore, is that the Government will now either need to determine a legally binding social security deal as part of the exit package or be forced to act unilaterally to maintain uprating rights for EU-resident British pensioners.”

“That the Government should take this opportunity—when so much else is up in the air—to take a more fundamental look at their approach to payment of the state pension overseas. A modern, global Britain should surely recognise that the movement of its people is a good thing. A modern state pension system should recognise, support and encourage this, especially at a time when our ageing population is putting increasing strains on public services here at home.”

Towards the end of the debate Baroness Benjamin challenged the government to confirm whether it would apply it’s frozen pension approach to EU-resident British pensioners:

“Just for clarification, the Minister said that there was no change in the Government’s policy on uprating. Will that apply also to EU-resident British pensioners?”

Baroness Benjamin’s own view was that:

“If it is going to be changed for one group, it is not fair to the other.”

“I can say only that this is outwith the scope of this debate. I am afraid that I am not able to give the noble Baroness any more than I have already.”