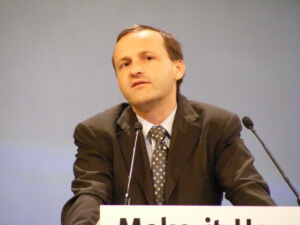 Former Liberal Democrat Minster for Pensions, Steve Webb, has written a piece for Money Observer outlining the “far-reaching impacts” of the vote for Brexit on British Pensioners currently living in EU countries, or those who had planned to retire overseas, focusing on the risk that they may now face a frozen State Pension outside the EU.

In his interesting article Webb outlines some of the history on the situation that led to frozen pensions, recognising that the current arrangements were put in place at a time when it was not expected that higher inflation would create such an issue. He suggests that the reciprocal agreements made until 1973 to allow “make it easier for people to move freely between countries during their working life without suffering penalties in retirement for doing so”. He suggests that double-digit inflation dis-incentivised the government from striking new deals after this date.

“The current situation is that pensioners living in the EU, other EEA countries such as Norway, Iceland and Liechtenstein, and also in Sweden can receive upratings, but there is no guarantee that these arrangements will continue following Brexit. There will be a temptation for the UK government to save money by ending the uprating of state pensions to those living elsewhere in the EU.”

He blames the low level of overseas voter registration for limiting the political risk to the government of making such a move. But also recognises that EU based pensioners may have more luck in mobilising their friends and family in the UK and that “such a move might also be very unpopular with those currently in the UK who were planning at some stage to retire to the EU.”

Webb adds a note of caution to any government looking at imposing frozen pensions on EU resident pensioners as a way to save money; the large number of EU based pensioners who might return to the UK if faced with a frozen pension. He argues:

“Whilst the UK government has in the past been sceptical of this argument for those living in Australia, many of whom emigrated decades ago for work reasons and are now well established in their new country, the case would be much more credible in respect of British pensioners who retired to the EU after they stopped working. If state pensions were frozen and access to healthcare in the host country was also more constrained, the UK government could find itself with large numbers of returning pensioners, which is a situation it would want to avoid.”

Webb, who was an active frozen pension campaigner prior to entering government, but who rejected calls for reform while a Minister concludes:

“There is no guarantee that future state pension increases will be paid, but there will be considerable political and practical pressure on the government to find a way to preserve the existing system.”