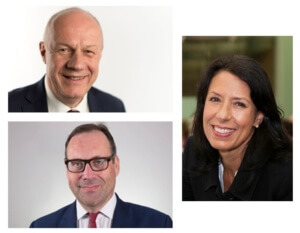 The APPG for Frozen British Pensions welcomes the appointment of Damian Green as Secretary of State for Work and Pensions, and Richard Harrington as the new Minister for Pensions.

The group also welcomes the appointment of Debbie Abrahams as Shadow Secretary of State for Work and Pensions. We look forward to the appointment of a new Shadow Pensions Minister following Angela Rayner’s promotion to the Shadow Cabinet.

The APPG look forward to engaging these new Ministers and Shadow Minister in our pursuit of a solution to the Frozen Pension issue. Chairman, Sir Roger Gale MP will write to each and invite them to attend a meeting of the APPG when Parliament returns after the summer.

The APPG was sad to see the departure from government of Minister for Policy, Oliver Letwin, who has shown a greater willingness than any other Minister in recent years to look at both the financial costs and benefits of resolving the frozen pension issue from a cross government perspective.

Mr Letwin has been an enormous help in moving forward the partial uprating proposal that has been the focus of our work over the last year. The group hopes that Mr Letwin will continue to support us from the backbenches in the months and years ahead.