Keith Vaz – Why I believe the rules are unfair (The Guardian) 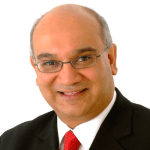 I was nine years old when, with my two sisters, I moved from Aden in Yemen to the UK. We faced numerous challenges, as all first-generation immigrant families do.

Now, I couldn’t imagine living anywhere else, and I’m deeply committed to the UK, its history and its institutions. My sister Valerie and I are both members of parliament. However, through an absence of logic, should I now wish to retire in Yemen or my ancestral home of India, I would have my entitlement to state pension rights stripped from me.

If you work in the UK all of your life, dutifully paying taxes, it is not beyond the realms of possibility that you may wish to retire abroad, as many people have done. But, of 12 million British state pensioners, only those living in the UK and a seemingly random list of other countries would have their pensions uprated annually in line with inflation. This leaves 560,000 British pensioners living in one of around 120 countries around the world with pensions that are “frozen”. This means the amount they receive will remain at the same amount for the entirety of their retirement. The real-term value of their pension, therefore, declines throughout their lifetime….

Read the full article at The Guardian

Qureshi: Most British Asians are unaware of the government’s discriminatory frozen pension policy