The Labour Party have today formally announced that they will support the APPG in its efforts to annul the Social Security Benefit Up-rating Regulations.

Jeremy Corbyn, Leader of the Labour Party and a founder member of this group, said: 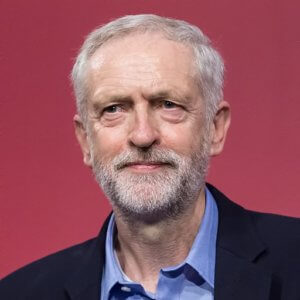 “This is a chance to make an historic change to our pension system and end the arbitrary discrimination against some British pensioners living overseas.

“It is contrary to natural justice for some pensioners living abroad to be left behind while others have their pensions increased in line with inflation.

“The next Labour Government will treat all our pensioners equally, wherever they live, and ensure that overseas pensions are levelled up not down when Britain leaves the EU.”

The Shadow Pensions Minister, Alex Cunningham, has confirmed that Labour will seek a vote on the Uprating Regulations next week. This is the measure which excludes some overseas pensioners from the Uprating Order, which will otherwise up-rate all state pensioners by 2.5%. This annual practice creates frozen pensioners.

In an email to the International Consortium of British Pensioners on Thursday, Cunningham said that he had received hundreds of emails from frozen pensioners and that he expected to be able to secure a vote on this issue.

A coalition of Labour, the SNP, and supportive MPs from all other parties, now have just a week to secure a debate and vote, before parliament rises for recess. The Uprating Regulations will otherwise come into force on 10 April, before parliament returns.

Jeremy Corbyn has been a long-term supporter of the campaign to unfreeze state pensions. He was part of the Social Security Committee when it reviewed the issue in 1997. He was a founder member of the All-Party Parliamentary Group on Frozen British Pensions in 2014. And has regularly spoken out on this issue, and supported parliamentary motions calling for reform.  When he was elected as leader, it was widely speculated that this would be an issue on which he would seek action.

The Social Security Benefit Uprating Regulations 2017 is a Statutory Instrument, subject to negative parliamentary procedure. This means MPs have to seek to annul it, rather than automatically having a right to vote on it. Given the shortage of parliamentary time, it is very unusual for such challenges to be debated or voted on without Official Opposition backing. Labour’s decision to support the Motion is therefore highly significant.

This is the first time the Official Opposition has ever supported unfreezing state pensions, and it is therefore a very significant milestone for the campaign, meaning a viable challenge to the uprating regulations is now possible.

Before Labour formally backed the “Motion to Annul”, it was tabled on Tuesday, by members of the APPG on Frozen British Pensions. The sponsors are Ian Blackford (SNP), Sir Roger Gale (Con), Wayne David (Lab), Greg Mulholland (LD), Sammy Wilson (DUP) and Caroline Lucas (Grn). Jeremy Corbyn will now become a sponsor of the motion.

There is now formal support for reform from the Labour Party, SNP, DUP, Plaid Cymru and Green Party. There are many longstanding supporters in the Conservative Party and Liberal Democrats. If a vote is secured there is now a real chance of success, even against the expected government whip.

“There has been growing support on all sides of the House, including from many on the Conservative benches, who believe that pension freezing is unacceptable and no way to treat British pensioners who have given so much to our country during their working lives, and that the time has come to address an issue that has hitherto been neglected by successive governments.

“I hope that we will now take the opportunity to finally give justice to the half a million British expats affected around the world.”

Annulling the Up-Rating Regulations will grant all pensioners this year’s 2.5% increase regardless of their place of residence. It would also be expected to force the government to amend its longstanding inconsistent approach to state pension rights overseas.

Brexit is a key driver behind the current developments. British expats in Europe are fearful that without the protection of the social security provisions of the single market, they may too end up with a frozen pension. Given its longstanding position to uprate “only where there is a legal responsibility to do so”, unless a new bilateral deal is specifically negotiated as part of the exit deal, the government would find itself in a very difficult position, potentially either having to freeze 492,000 more pensioners to be consistent, or offering unilateral uprating entitlement for European resident pensioners, and not those elsewhere. The simplest option, offering immediate comfort to worried EU resident pensioners would be to unilaterally change policy now and offer all overseas pensioners the same up-rating entitlement. Global Pension Parity has long been the aim of the ICBP’s campaign.

Labour’s announcement has been welcomed by frozen pension campaigners. John Markham, the Chairman of the  International Consortium of British Pensioners, said:

“Securing Labour’s formal support is a very significant development for our campaign, offering real hope that parliament will finally now deliver fairness for frozen British pensioners around the world.

“Frozen pensions are the dirty secret of successive governments, who have been content to ignore pensioners they felt were out of sight out of mind, regardless of the implications.

“Many expat pensioners are just as reliant on their state pensions as those living in the UK. Freezing their pensions leaves recipients with dwindling incomes, deprives them of their prized independence and leaves many in dire poverty towards the end of their lives. I am glad this national embarrassment is finally getting the attention it deserves.

“On behalf of the half a million pensioners affected, I’d like to thank Jeremy Corbyn for staying true to his long-term commitment to our cause and for showing the leadership to challenge this historic but entrenched injustice.”

Gale and Blackford bid for Commons debate on Frozen Pensions