The APPG on Frozen British Pensions has re-formed. It met for the first time in the 2017 parliament on 18 July.

The meeting considered the significant campaign progress made in the previous parliament; notably securing debates in both houses, attracting the interest of Ministers and winning the formal support of the Official Opposition. Members also discussed the opportunity of heightened interest in expat rights in the context of Brexit, to pursue a reform agenda.

Guest speaker, Brian Owles, the Chair of British Pensioners in Australia (BPiA) addressed the group. He thanked the APPG for their ongoing work. 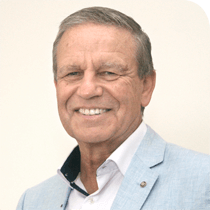 “We are extremely grateful for the support and energy that is provided by APPG to overcome the inequity and immoral attitude in relation to the “frozen pensions” of UK pensioners who happen to live in particular countries outside UK.” Brian Owles, Chair, BPiA

Owles reminded the group of the “bureaucratic absurdity” that there is a government office he can call while in the UK, to have his pension up-rated for the duration of this visit. He asked: “How much is that costing!?”

Owles called for action before the problem of frozen pensions got worse, increasingly affecting other areas of the  Commonwealth such as the Caribbean and the Indian sub-continent.

Chairman Sir Roger Gale, proposed to speak with the new Pensions Minister, Guy Opperman, about the issue, as well as Damian Green, Andrea Leadsom and the Chief Whip.

Lord German reported that he had requested two debates that would cover frozen pensions in the Lords.

The group committed to submit more Parliamentary Questions to fully explore what is going to happen to pensioners living in the EU and add pressure on the government to address the situation for all expats, not just those in the EU.

Lord German asked the Secretariat to visit the National Archives at Kew to dig out any papers from the original bilateral social security deals with unfrozen countries.

It was agreed that a challenge to the Social Security Benefit Up-rating Regulations in March 2018 remained the most viable parliamentary mechanism to achieve change, and given the support of the Official Opposition, it was hoped that the government might compromise before a vote was needed.