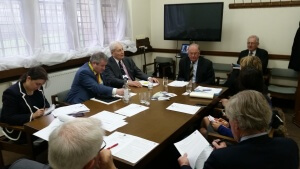 John Markham reported that the ICBP were encouraged by the Minister for Policy’s willingness to look seriously at the case for Partial Uprating and  by his commitment to commission cross departmental research to test whether the potential savings will, as the APPG has argued, balance the additional costs of forward uprating.

Sir Roger Gale MP also reported to the group that Secretary of State for Work and Pensions, Iain Duncan Smith, had recently told him that he was “relaxed” about implementing partial uprating, if the financial case could be made to the Treasury. 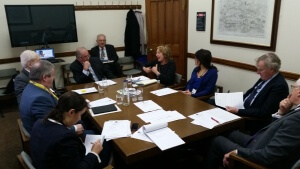 Sheila Telford reminded the APPG that the ICBP would always campaign for pension parity and that partial uprating fell short of this. She argued that parity is the only truly fair outcome for frozen British pensioners worldwide, but recognised that any reform would be better than the status quo.

Sir Roger clarified that that APPG had not abandoned the campaign for parity, but was clear that partial uprating the only viable option the government will be prepared to consider in the medium term. Achieving it, he said, would be a very positive step in the right direction.

The group discussed the financial case for partial uprating, possible parliamentary activity to build support for it, and stressed the value of ICBP member correspondence with MPs in terms of getting the message across.

It was felt that the current government standard letter on frozen pensions was misleading, and it was agreed that a point by point rebuttal should be prepared by the APPG, with help from the ICBP.