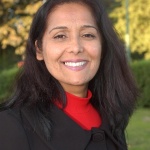 Yasmin Qureshi has been unanimously elected as a Vice Chair of the APPG on Frozen British Pensions.

Yasmin replaces Dame Anne Begg MP as the Labour Vice Chair of the group after Begg lost her seat at the General Election.

Qureshi has been a long term supporter of the campaign to unfreeze British pensions, speaking out last year on the impact of frozen pensions on British ethnic minorities who might want to move overseas in retirement.

APPG Chairman Sir Roger Gale MP said: “With the election of Yasmin Qureshi, I am delighted that the APPG has gained such a formidable campaigner and advocate as a Vice Chair. I have worked with Yasmin before and know she will be an enormous asset to the leadership of this group.”

“I also want to take this opportunity to pay tribute and offer thanks to Dame Anne Begg for her many years of hard work on behalf of this campaign while an MP, APPG Vice Chair and as Chair of the DWP Select Committee.”