The meeting opened with a discussion of Brexit, in the context of the critical legislation currently before parliament. 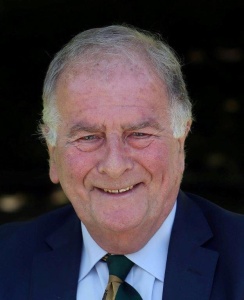 Sir Roger Gale reported that he remained concerned about expat rights within the EU, particularly in the event of a no deal Brexit. Gale said that he had written to DEXEU seeking clarification and noted that the response had said that the government objective was a deal in which EU resident British pensioners would continue to be up-rated. Gale noted that there were some technical qualifications, and said that he was uncertain whether this arrangement was subject to a reciprocal agreement or a unilateral decision, and also whether any continued up-rating would be for future retirees or just current pensioners living in the EU.

Gale expressed his view that, if the government were to act unilaterally on EU expat pension rights, particularly in the context of a no-deal Brexit, it would likely undermine the long held “legal obligation” justification for maintaining frozen pensions elsewhere. This would create a major opportunity for the frozen pension cause, but possibly with a short window for action.

Gale said that he was in continuing dialogue with Sir Oliver Letwin who he believed to be well placed to advise on how such matters would be considered in government. He committed to update the group after the recess.

Sir Roger said that he still found Sir Oliver’s proposal for “up-rating going forward” (partial up-rating) compelling. He noted with concern the divisions within the activist community with regards to this solution, but recognised the injustices and imperfections inherent with it.  Gale argued strongly that up-rating going forward was, in his view, the only way to persuade the government to embrace change, not primarily because of the lower year-one cost, but because it clearly avoided risk of backdating claims, something previously identified as a primary concern with full-uprating by Treasury lawyers.

For the ICBP, Brian Owles said that up-rating going forward was not what the campaigners wanted. He argued that the £550m cost of full up-rating was not such a large cost in the context of wider pension spending and that there was no activist desire for backdating claims. Sir Roger argued that the APPG’s job was to work within political reality, that full up-rating costs were seen as high by politicians of all parties, and that concerns about backdating could not be alleviated by reassurances from campaigners as it would only take one individual to bring a case.

Tim Snowball, representing the ICBP, noted that the new Chairman of the ICBP, John Duffy, had been clear that, in his view, the ICBP’s role was to campaign for change, based on the moral injustice argument. Duffy’s focus was therefore to unite frozen pensioners globally to campaign on a common platform that would have most impact.

Peter Carroll of Tendo Consulting (who will be taking over the campaign support role previously provided by PHA Group in September), said that other campaigns he had worked on had shown that a partial win can lead to a full win in time. Achieving change should be the initial objective. He said he had lots of ideas about how to move the campaign forward and that he was in the process of working out a new campaign plan with the ICBP.

All recognized that the role of the ICBP and the APPG were slightly different, but that the close working of the campaign and it’s parliamentary supporters had been an asset in the past.

Brian Owles, addressed the group. He reported a major effort in Australia to target Prime Minister Malcolm Turnbill, seeking to persuade him to take action on Frozen Pensions from an Australian Government perspective. Owles highlighted that it would be in the Australian national interest to do this, as, at the moment, the Australian government has to pay means tested benefits to the poorest British frozen pensions.

Sir Roger reported that, at the request of the last meeting (also attended by the ICBP), he had written to Australian and Canadian government, receiving courteous letters back, rejecting the proposal made to raise frozen pensions at CHOGM (the Commonwealth Heads of Government Meeting), as not suitable for the agenda.

Brian Owles said that it was disappointing to hear that CHOGM is not seen as a suitable forum, given the large number of Commonwealth countries impacted. He questioned why this should be the case. The group noted that there had been an ongoing challenge bridging between foreign affairs and work and pensions, and that he Commonwealth challenge was mirrored by the recent efforts of the Overseas Territories, who had tried to raise frozen pensions with Ministers at the last Ministerial Summit, without much progress.

The Chair noted that as a result of changes to the professional campaign support provided to the ICBP, Tendo Consulting would become the Secretariat to the group from the next meeting. It was agreed that Sir Roger would meet with Peter Carroll from Tendo before the next meeting.