Today, Bell Ribeiro-Addy MP, Labour MP for Streatham, raised the impact of the UK Government’s frozen pensions policy on members of the Windrush generation. Many of these pensioners were invited to live and work in the UK following the Second World War, and now have been punished for returning to their country of birth. 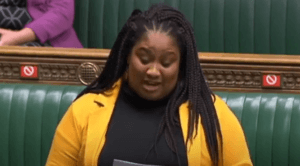