She raised the case of Anne Puckridge, who served in all three branches of the armed forces however, because she moved to Canada, now lives on a frozen state pension of just £72 per week. 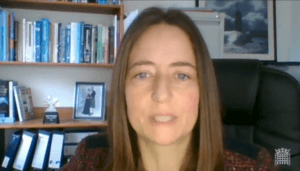 Future of Pensions debate in House of Commons