Today, Peter Dowd, Labour MP for Bootle, pressed the Secretary of State for Work and Pensions on the UK Government’s refusal to engage with Commonwealth allies such as Canada on ending the frozen pensions policy.

He raised the case of 84-year-old Royal Navy veteran Alan, now living in Canada, who was forced to work until the age of 78 as his pension had been frozen. 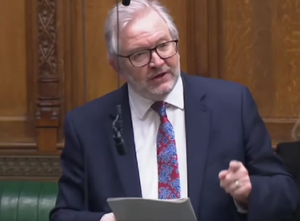 MPs highlight the injustice of the frozen pensions policy