On the 9th June, the APPG on Frozen British Pensions met with the Canadian Government to discuss the UK Government’s frozen pensions policy. The virtual meeting was chaired by Sir Roger Gale MP, and attendees discussed how both countries could work together to bring an end to the injustice of frozen pensions.

Around 150,000 UK pensioners living in Canada are the recipient of a frozen UK state pension, and last year the Canadian Government formally requested to enter into negotiations for a reciprocal social society agreement to uprate UK state pensions in Canada. However, the UK Government declined this invitation.

Thank you to all those who attended, and the APPG is most grateful to Deputy Minister Alexis Conrad for sharing the Canadian Government’s views and insights on this matter. 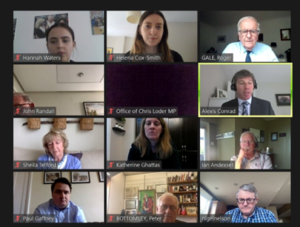